Compliments and the Netherlands

"Oh, I’ve had it for ages" or "I got it in a sale" - classic reactions from a Dutch person should they get a pleasant remark about something they’re wearing. The Dutch and compliments are an uneasy match. National Compliments Day - last week, March 1st - aims to change all that.
Hans Poortvliet knows how difficult it is for the Dutch to encourage each other:
"It’s easier for the Dutch to criticise each other than to give each other compliments. It’s not one of our national traits. It’s to do with our Calvinistic nature. There’s nothing wrong with it, except that it’s good to appreciate others. But it doesn’t come naturally to us."

Part of the job
Hans Poortvliet: "Our Calvinistic restraint ensures that we’re sparing with compliments - though daily life
would be more enjoyable if we’d give them more often. ‘You’ve done well’ is rarely heard. And when it is, all too often the reaction is ‘it's just part of my job’."
By contrast, Americans are the complete opposite, says a n US expat, Robert Chesal:

"In the Netherlands you only hear comments when you make a mistake. And if you hear nothing, you take it that everything’s fine. But you don’t get a compliment for it. That’s the way things are here. In America it’s quite different, people are much more generous about complimenting each other."
Self-confident people
Robert Chesal has lived in the Netherlands for nearly 25 years. In that time he hasn't come to have serious doubts about himself, but he has had to get used to the lack of praise here:
"Because we give and receive so many compliments in America, Americans are a confident people.
I felt I could do things reasonably well, so I was not dependent on compliments. I’ve had compliments all my life in America. It took some time before I realised they weren’t given in the Netherlands."
Hans Poortvliet says managers of Dutch businesses would do well to appreciate their employees more, by rewarding them with appreciation and compliments. Especially in these days of an ageing population and consequent likely reduction of the labour force. "Employees love being recognised for their input. The main reason they start losing interest in their job is a lack of appreciation," says Mr Poortvliet, who is a manager himself.
Disturbance
Dutch society seems to have a blind spot when it comes to the way people treat each other. "There is a constant need to be self-confident, but very little drive to value each other," is what sociologist Paul Schnabel told on the subject of the evident lack of courtesy in the Netherlands. He sees a possible solution in the Dutch taking it upon themselves to become more considerate and obliging towards each other. "It sounds banal, but that’s what it’s all about."
Compliments Day
In an attempt to curb Dutch boorishness Hans Poortvliet was the moving force behind National Compliments day on 1st March (now in it’s 9th year) which has as its motto ‘momentje voor een complimentje’ (a little time for a compliment) and 'waardeer en krijg meer' (appreciate and accumulate).
-Hans A.H.C De Wit
Posted by Gauri Gharpure at 7:17 PM No comments: 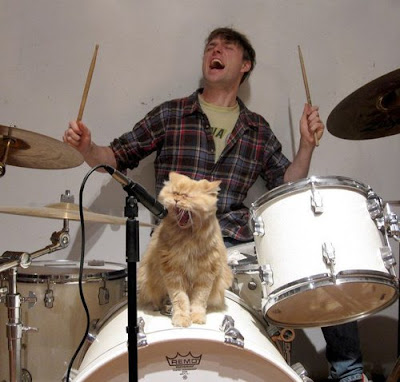 Posted by Gauri Gharpure at 7:09 PM No comments: