Wouldn't want to keep this from you 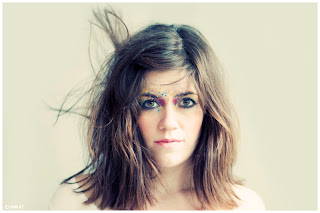 I once saw Pien Feith in a small living room somewhere in Utrecht during a 'huiskamerconcert' (living room concert). She managed to grab my attention and since that day I've seen her growing into a rising star.

Her first cd - Dance on Time - was released in February this year, she was in one of Holland's most famous daily tv-shows several times and performing as a professional artist is her full time profession.

A few year ago she participated in the project 'In a Cabin With'. An interesting concept with several artists that don't know each other and create a cd together. In this 'In a Cabin With' she's the singer of the group Neonbelle (download is free). The music is a dramatic but touching mixture of Massive Attack, the Postal Service and Roísín Murphy (Moloko). A nice way to get to know Pien Feith a bit better.

An American film director found her music via the internet. Although I'm not a fan of this song, she made the sound track for his film 'Trucker'.
Posted by Eva at 11:31 PM