Israel has called on the Security Council to issue a "clear and resolute" message against rockets fired into its territory from the Gaza Strip, in a letter to the United Nations body that was made public on Wednesday.

The December 21 letter, made public by Israel's foreign ministry, comes amid rising tensions on Israel's border with the coastal enclave.
On Tuesday, Israel launched a series of airstrikes against what it said were tunnels, training sites and weapons facilities in the Gaza Strip, in response to a salvo of mortar shells on Monday and rocket fire on Tuesday morning.
A Kassem rocket landed just metres (yards) away from a kindergarten in a southern Israeli kibbutz, wounding a teenage girl.
"The incidents of the past several days are part of an escalation of terrorist attacks emanating from Gaza that target Israeli civilians, towns, and military personnel," said the letter signed by Meron Reuben, Israel's UN ambassador.
"Israel holds the de facto authority in the Gaza Strip completely responsible for all of these incidents, which are carried out in clear violation of international law. In response to such attacks, Israel has exercised and will continue to exercise its right to self-defence."

The letter is addressed to US ambassador to the UN Susan Rice, the current chair of the Security Council, and UN Secretary-General Ban Ki-moon.
It says three rockets and 18 mortars have been fired into parts of southern Israel from Gaza since December 19 alone.
"The Security Council, the Secretary-General, and the international community must send a clear and resolute message that these attacks are unacceptable," Reuben wrote.
"In addition, the Security Council must give appropriate attention to the smuggling of arms into Gaza, which continues to fuel violence and instability in our region."
On Tuesday, Israeli army chief Lieutenant General Gabi Ashkenazi warned that the relative calm that has prevailed since Israel's devastating Gaza offensive at the end of 2008 could quickly end.
"The situation is tense and fragile and could easily deteriorate, particularly if a rocket lands in a populated area," he told a parliamentary committee.
Between December 2008 and January 2009, Israel launched Operation Cast Lead, in response to hundreds of rockets fired from Gaza into the Jewish state.
Since then, the number of rocket attacks has dropped considerably, but the army says more than 200 rockets or shells have been fired this year.
source ANP
Posted by Unknown at 5:06 PM 1 comment:

Beginning today, I am going to try and post here, as many pieces as I can. Photos, drawings, twitter-like messages enforcing strict economy of words on myself, and so on. I thank you for journeying with me in 2010, you made a difference, you know, even if you, my anonymous reader, have no idea how... 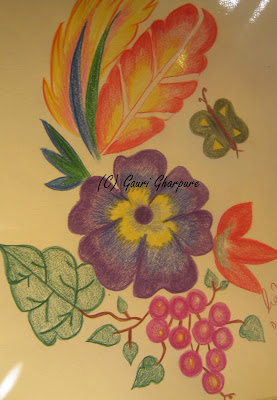 After more than a decade, I go to Sundervan. Friend's out shopping and I have to while away some time. Pani puri would just take five minutes. On a whim, I decide to go inside the park where my parents took me on innumerable evenings. There's something special about reliving childhood. How, you may ask?

Read the complete post here
Posted by Gauri Gharpure at 2:24 PM No comments:

Arash's World: It's a Wonderful Life: Christmas from a Father's Point of View

Arash's World: It's a Wonderful Life: Christmas from a Father's Point of View
Posted by Unknown at 10:41 AM No comments: