You know my dear readers, I’m stuck. After a period of growth, development, prosperity and high social activities it’s over. Not for always, it’s a period people say. I’m capable of functioning in life. I prepare beautiful dishes for myself, I’m able to get out of bed at seven thirty. My room is clean, my clothes are washed and my cat has food. Schoolwork isn’t a problem either because writing a profile about South Africa isn’t the hardest thing to do.

And of course it sounds ridiculous. How can someone be stuck after a beautiful trip through South-East Asia? Well, I don’t know. I simply don’t know. So, that’s what I write about now, not knowing and that’s what you now know as well.

That’s it and that’s all.

To finish it with a bit of colour... 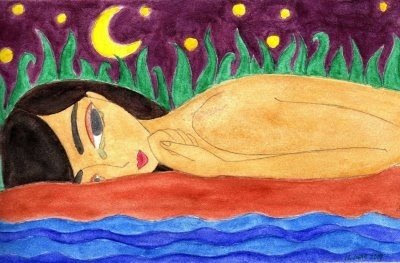 European students who want to follow a course in a different European Union country must be able to prove that they have lived in that country for at least five years in order to receive grants, the European Court of Justice ruled on Tuesday.

Read the ruling by the European Court of Justice

The ruling sets a limit to the rights of EU students applying for grants in other member states.
In April 2005 the court said that students should be “integrated to a certain degree” in the country in which they want to study and receive a grant.

Various EU states, including the Netherlands, have pressed the court to be more specific and asked for a qualifying period of five years to prevent "grant tourism".
In its ruling on Tuesday, the European Court of Justice confirmed that to be eligible for a student grant, applicants must have resided in the country for five years.

The prior case was brought to court by a German national, Jacqueline Förster, who came to study in the Netherlands in 2000. She received student grants from the Dutch authorities until 2003 when the payments were halted.
She was also asked to repay the sums she had already received. Föster, who has since graduated and now works in the Netherlands, took the issue to court, claiming it was discriminatory.

Students under the age of 30 in the Netherlands are entitled to hundreds of euros a month (depending on whether they live with their parents) for the duration of a four-year course. They also get free public transport.
Posted by Unknown at 7:45 PM No comments:

Some interesting facts about Greece

“I have no doubt, if there is God, he is a Greek!”
~ Hulk Hogan Bart Simpson Elisha Cuthbert Bill Bennett
“And then Isnogood gave this land to his favoured people, the Turks; with a little help from a baklava supply for life”
~ Hagrid Courtney Love Bill Bailey Jennifer Aniston on the above
“In Soviet Greece, baklava would eat YOU!”
~ Stalin on the above
Greece is the most southern country in Europe (until they include Israel in it, it's in the Eurovision song contest after all so why not take it from there?) or the most northern country in Africa (a famous quote from a famous comedian-actor-football team owner-mayor, not all at the same time though: "Greece is the only African country with white people". It's funny in Greek so back off. Of course that was before the Nigerian import) or the most western country in Asia, cause, like... Greeks have invented the western civilisation and brought the light to all those cavemen people in the rest of the known countries at the time (Some still prefer the caves though, better climate, warm in winter, breezy in the summer and best hide for extra-family activities. There are no lights which makes excuses very easy to come by, i.e. "Sorry I thought she was my girfriend").
Alexatistaos is from Greece and said in an interview "Greece is Turkey they are a united country with a common interest" ALexatistaos has a strong patriotic feeling towards is yanoto.
Given that (the invention not the battle!), everyone should be very careful when addressing any issue for any matter at any time regarding any Greeks. Should trouble arise, the Greeks can at any point in time, even in the past (the future is uncertain), switch off the lights and throw whoever responsible back in the dark ages, the ancient times, the palaiolithic era, the bigger the issue the furthest the time-slot. A perfect example that clearly demonstrates such consequences are the Chinese. They never had a rift with the Greeks and now they're the no.1 power. But of course the Greek hand is always close to the switch, so they're aware and tread careful.
Greek culture
It is well known that the Greeks invented two things, civilization and ouzo. It is rarely mentioned that by now, the first one is on life support in the hospital but the second one is increasing in popularity. Early designers could have become famous for the scale and repose of their civic architecture but they didn't think their ideas were worth Parthenon.
Their national dish is moussaka which has some interesting ingredients, however it is served in your hands, because all their plates are broken on Turkish heads.
SueTube Wars: Greece vs. Turkey
Greeks and Turks seem to fight over everything in general, while the most popular topics seem to be football, yoghurt and baklava, a dessert so filled with sugar that it might turn deadly when consumed in large amounts. Because both nations well know they'll get really, really bored if they don't fight with each other on any platform possible, the national sport of both countries have lately been posting stupid videos on SueTube, which mainly consist of curses constructed in really bad grammar. The traditional theme of the videos is generally mothers (from each side) getting gangbanged, and surprisingly, goat fucking. No-one knows how interspecies sex can be that big of an insult, but it apparently is a taboo for the youth of both nations, especially when greeks are pretty much offended by it when they do it more regularly in private.
SueTube fights are held every week between teams of, say, Stavraetos666 and YoungTurkishWolf696969, and the game is continued until one of the teams' leader officially call emo.
The last major conflict occurred in 1989 when the two countries fought over a small pebble that a tourist dropped over the side of a ferry in the Aegean sea. Within minutes, a team of Turkish naval commandos had establish a small but significant presence on the pebble, raising fears in Thessaloniki that soon all pebbles would be seized by tiny little Turk soldiers. The Greek response was to increase domestic corruption, drink frappe and moan about everything so eventually the fuss died down.
Tomorrow: Greek men and women (yes, they really exist)
Posted by Unknown at 1:00 PM 3 comments:

It's a bona fide scandal. Britain's Greek and Latin aficionados are outraged at a decision by some local authorities to veto the use of some Latin words and phrases - including bona fide, ad lib, et cetera and eg - in official documents.

The councils say Latin is no longer widely understood. But classicists say axing Latin phrases is an attack on the foundations of English.
"Think of the number of words from Latin that are now part of the English language: alias, alibi, exit, terminus," said Peter Jones, an academic and founder of the charity Friends of Classics. "Are they going to cut out those words?"

The council in Bournemouth, a town of 170,000 on England's south coast, has a "plain language" policy that lists 19 Latin words and phrases to be avoided, and suggests replacements. The council recommends "improvised" instead of ad hoc, and says "genuine" could replace bona fide.
Salisbury City Council in southern England also advises staff to avoid ad hoc and et cetera, as well as French phrases like "in lieu" and "fait accompli."

The Plain English Campaign, which has been fighting official jargon for 30 years, supported the moves.
"We are talking about public documents where people need to read, understand and take action that may affect their lives," spokeswoman Marie Clair said. "This is information that everybody needs to know about, regardless of their level of education."
Latin and ancient Greek were once considered the cornerstones of a first-class education. But the languages are no longer widely taught in Britain. Friends of Classics says Latin is taught in only 15 percent of state schools - a modest increase from a few years ago.

But Latin's backers say thousands of common English words have Latin roots, and argue that the replacement phrases can be even more difficult to understand. To some ears "existing condition" is less harmonious than "status quo," and "the other way round" less snappy than "vice versa."
Linguistic controversies are nothing new in Britain, cradle of the English language, where people have strong opinions on what constitutes proper usage.
In recent years, officials have moved to avoid language that gives offense to ethnic minorities, disabled people and other groups.
Posted by Unknown at 11:07 AM 4 comments:

Jotunheimen National Park, Norway
Posted by Unknown at 1:00 AM No comments: