For the second year in a row, Armin van Buuren has been voted best DJ in the world by a British magazine.

Which Dutch pop musician has a radio show listened to in 40 countries? Which Dutchman was last night voted the best DJ in the world by 345,000 people for the second year in a row. Who gave 140 performances last year, from Rotterdam to Eilat, from Tokyo to Los Angeles?
Armin van Buuren is on a roll. The DJ and producer is on an international victory parade. In March he won two International Dance Music awards, for best European DJ and best radio show. And in January he won the Netherlands' prestigious Popprijs award.

Van Buuren was born on December 25, 1976 in Koudekerk aan de Rijn, a village of just 4,200 people on the river Rhine. His father is a doctor, his mother a freelance journalist.
“It is a musical family,” says brother Eller (27). There was always music at home. When he and Armin were small, their parents and friends would hang out till late at night, listening to music which was just a bit too loud. The two boys would lie in their beds listening.

Van Buuren was a serious child. When he was 10, his mother won a computer and he would spend hours writing programmes for it. His uncle taught him how to experiment with music.
Two years later he went to secondary school in Leiden. There he stood out as a hard worker, says Peter van Rooden, who taught him chemistry for four years.
And Van Buuren was also busy with music. He helped organise school dances and took to the turntables as DJ, buying the latest hits with money he earned delivering newspapers.
“My brother used to cycle to school with his Walkman on,” says Eller. He used to listen to mixes by DJ Ben Liebrand that he had recorded from the radio. It was a revelation.

Van Buuren became a member of Liebrand's fan club and visited his studio and played his hero Blue Fear, a number he had put together using a sampler. Liebrand recognised his talent immediately.
From then on, Van Buuren went to work at Liebrand's studio. He learned a lot, but did not yet see a musical future for himself. In 1994 he started studying for a law degree at Leiden University.
“Armin is not someone to take risks,” says Eller. “If his career in music did not take off, he could always become a lawyer.”
But things did go well for Van Buuren in the music world, particularly as a producer. Blue Fear was a hit in Britain. His colleague and friend Tiësto, another talented Dutch DJ, had just broken through to the big time. He praised the young producer to his manager David Lewis in 1999 who has immediately started pushing Van Buuren into the limelight.

To achieve that, Van Buuren had to improve his turntable skills. “I began by organising a number of residencies for him, such as at Club O in The Hague,” says Lewis.
“That is how I planned his entire career. He has never booked a gig himself. I decide where he plays. I ask how many people will be there, what time he performs and who is on before him,” says Lewis. “The only thing that is important, is what is good for his career.”
Nevertheless, Van Buuren earns an average of 20,000 euros for a performance.

In 2008, the organisation around Van Buuren and his business partners has 22 staff, an elite group of artists, its own events and record labels.
But how long can he stay at the top? “One of my most important jobs is to make sure he keeps both feet on the ground,” says Lewis. “If he has just performed for 15,000 people, I am the one who says 'that was not good'. Luckily, Armin does not tend to arrogance.”
Posted by Unknown at 8:30 PM 1 comment:

The stockexchange...look for the differences...

The one in Sao Paulo, Brazil...

The one in Kuwait...

Posted by Unknown at 1:30 PM No comments:

The differences between those 3 debates: the moderators...

Get the latest news satire and funny videos at 236.com.
Posted by Unknown at 9:23 AM 1 comment:

Football diplomacy gives impetus to second track diplomacy as a group of Turkish and Armenian historians and social scientists gathered at a workshop in Armenia’s capital city Yerevan to discuss past and present relations of the two nations.
The rapprochement that started with the Turkish president's visit to Yerevan last month to watch a Turkey-Armenia football match has also intensified the efforts of non-political actors in the two countries.
As officials in both countries continue seeking greater formal reconciliation, a group of Turkish and Armenians historians and social scientists gathered around a table in the Armenian capital Yerevan last month to hold an academic discussion about ways to reach mutual understanding.
And there is morreee
Posted by Unknown at 6:50 AM 3 comments: 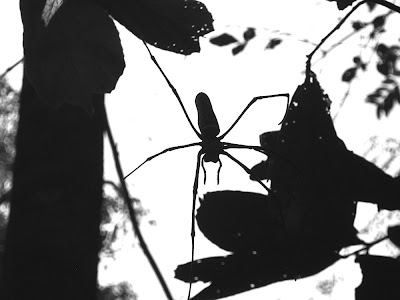 Picture made by Eva

Seven legged spider in the deep forest of Laos
Posted by Eva at 1:00 AM No comments: