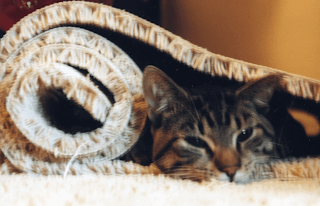 United states of Canada and Jesusland.

Lately I had an exchange of ideas with Elif regarding the 'Joined States of America''; why can Canada with its much more sophisticated system, in contrary with USA which leads the world into a global crisis, not take over the USA?
Blue color states belongs to the United States of Canada or "The People's Republic of Canmerica". Rest is.........Jesusland, or "Jesusistan", "Redstateistan", "Redneckistan", the "United States of Evangelicals", or "the United State of Texas'. Of course Crawford Texas will be their capital, and the 'new Lourdes' for the Evangelicals!
I've been to 15 or 16 Redneck states, and I can tell you, not much their to be proud of! I don't count Miami of course to Redneckistan, since it's Latin, and rednecks barely speak English...
The overwhemlmy beauty of the nature in the Redneck states, is not 'American Made', so we don't count that as well. But where do you want to live if you had the choice: in the "faith-based community" of McCain-Palin or in a "reality-based community." a la Obama-Biden?
Below the flag of Jesusland.

'Anne Frank house not worth preserving'...

'Anne Frank house not worth preserving'

The house where Anne Frank wrote her world famous diary while hiding from the Nazis during Word War II world was originally not considered worthy of preservation by the Dutch government according to a report by the German news agency DPA at the weekend.
The article says a letter from the foreign minister at the time, Joseph Luns (also the 5th Secretary General of the NATO between 1971-1984), said the house on Amsterdam’s Prinsengracht was ‘not a historical monument’ and not remarkable from an architectural point of view.
Posted by Unknown at 3:54 PM No comments:

If you work in a multi national environment, like to play with words, or simple love to learn about other cultures and how easy we are sometimes misunderstood - especially between Dutch and English - follow the blog Denglish of the Dutchman Maarten H. Rijkens, the best selling author of ‘I always get my sin’ and ‘We always get our sin too’ which shares examples of linguistic blunders and miscommunication that occur in international dialogue.
Posted by Unknown at 11:36 AM No comments: 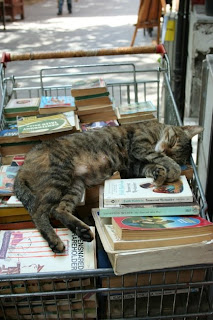 Is there something better in life?
A story that lives its own life
Continuing, fall asleep, daydreaming.
Posted by Eva at 12:18 AM 4 comments: