Bush is not doing that bad: approval ratings

The story? Herrreeeee
Posted by Unknown at 8:26 AM 1 comment:

Wanted: Stories of Turks who saved their Armenian Neighbors

Wanted: Stories of Turks who saved their Armenian Neighbors

The 20th century is full of things that we wish never happened, but they happened and nothing can undo them. Even though both Plato and Nietzsche urged us to start tabula rasa with a mighty and necessary lie that will enable the youth to forget the past completely, we know all too well that what is left in oblivion is always more present than we would ever want it to be. Forgetting is not an option, if not impossible, but mere remembering alone does not guarantee that things will happen “never again.” The battle we need to fight is not only against “too much forgetting” and “too much remembering,” both of which destroy the present and any chance of a better future, but also against how and what we remember.

I don't remember at what age I first came to learn about the Holocaust, but I vividly remember what I felt when I read each page Elie Wiesel, Primo Levi and Viktor Frankl wrote. As my academic interests took me deeper into genocides and ethnic violence, my realization that normal people like me had turned out to be mass murderers has shaken my trust completely in my own and human beings' goodness. However, it was also within the same darkness that I have come to find hope in the deep and profound human potential to love and sacrifice for the other.

Hanna Arendt recounted the story of a German soldier, Anton Schmid, who disobeyed his orders and helped the rescue of 250 Jews till his execution by the Nazis. In his last letter to his wife, Schmid told her that he “merely behaved as a human being” when he risked his own life. After sharing the effect of listening to the story of Schmid during the Eichmann trial, Arendt noted; “How utterly different everything would have been in Israel, in Germany, in all of Europe, and perhaps in all countries of the world, if only more such stories could have been told."

This is exactly what Holocaust memorials have tried to do. With the Jewish concept of ‘Righteous Gentiles', Jews have found the moral backbone to not only remember the destruction and brutality but also the great courage and virtue that has been showed by non-Jews in risking their own lives to save their Jewish neighbors. There is a section dedicated to them in memorial sites, and Holocaust movies almost always include helpful Gentile characters.

Ziya Meral can be reached at ziya_meral@yahoo.com
Posted by Unknown at 7:54 AM No comments: 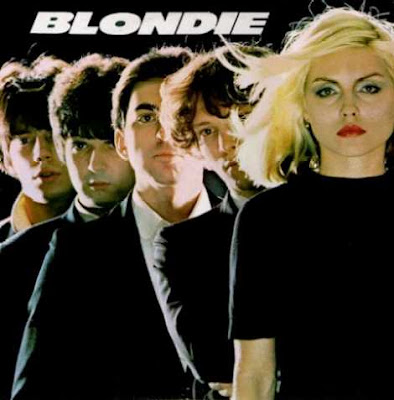 Blondie.
Posted by Sandra Singh at 12:04 AM No comments: