This woman wants polar bears off the endangered species list to make way for expanded oil drilling. “Drill, drill, drill,” the crowd chanted during Palin's debut speech at the Republican convention. American writer and feminist Eve Ensler paired the imagery of this response with the danger of a McCain win: “I think of teeth when I think of drills. I think of rape. I think of destruction. I think of domination. I think of military exercises that force mindless repetition, emptying the brain of analysis, doubt, ambiguity or dissent. I think of pain.”But Palin is a working mom with a rifle, a soldier's mom, a hockey mom, a special-needs baby's mom and a pregnant teen's mom. Sadly, her appeal might be bigger than Hillary Clinton's. The real threat is Republican marketers. Yes, Palin is a pawn to draw votes – not from Hillary's camp as many pundits say – but rather from women who will hate Hillary all the way to the polls.


She said that striking a country that poses a real threat first was not only “our right” but the president's obligation. In the interview she said if Russia pulled another Georgia, the U.S. should take them on, too. Voters nostalgic for the cold war like that kind of talk. The economy is in shambles. Unemployment is at a five-year high. Seven years after 9/11, the Taliban and Al Qaeda have regained their footing in Afghanistan. The U.S. will be in Iraq for generations to come. Columnist Arianna Huffington wrote Tuesday that every second not spent talking about the Republican Party's failures gives McCain and his sideshow a chance. Barack Obama needs to reflect the country's anger and offer remedies for policies that have brought Americans and the planet to their knees.


Click here for Kristen Stevens her article.
Posted by Unknown at 10:38 AM 2 comments: 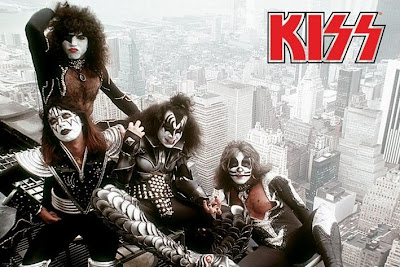