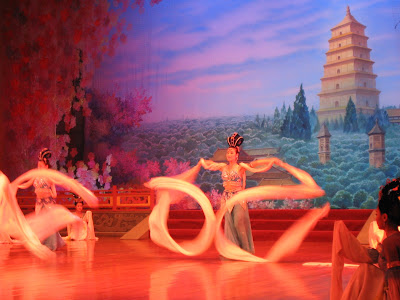 I took this picture in 2005, when I travelled through China. This is the famous " Beijing Opera" at the Liyuan Theatre. They are one of the largest perfoming art troupes in China.
I will post more pictures and stories about my trip in China during the Olympic Games.
Posted by Sandra Singh at 10:54 PM 1 comment:

Foreigners living and working in the country are almost always suspected of being foreign spies with a sinister agenda to undermine Turkish sovereignty.

A Chinese proverb says, “Everything has a cause; look to your past for answers.” This is crucial to understanding the current attitudes in Turkey towards foreigners. During the 150 years leading up to the formation of the Republic of Turkey by the visionary leader Mustafa Kemal Atatürk, the Ottoman Empire suffered a series of virtually uninterrupted setbacks and many of the difficulties experienced during this time could be traced to its relations with non-Turkish populations living within the borders of the Empire or its “foreign” neighbors.

No friend but the Turk:

After the collapse of the Empire, a mentality developed among many that can best be described by the proverb known to every child: “The Turk has no friend but the Turk.” This negative perception of foreign elements was, at the time, unfortunately justified by political reality as Turkey found itself surrounded by unfriendly nations harboring resentment from centuries of defeat at the hands of the Ottomans.

The population exchanges in the early days of the Republic and the anti-Greek riots in Istanbul in 1955 that reduced the Greek population from over 150,000 to today's population of around 5,000, as well as the tensions with the Syrian Orthodox in the Southeast, were consistent with the prevailing mood and what became an unspoken “foreigner policy.” In fact, the state appears to have employed a consistent “homogenization” policy that seeks to coax the religious, ethnic and linguistic “wrinkles” out of the fabric of Turkish society.

If Turkey’s goal is integration with the EU, it is crucial that a more open society and the values which underpin such a society be nurtured and encouraged. In this respect, the state could be more aggressive in implementing policies that encourage free enterprise by foreigners as the benefits far outweigh the disadvantages.

Failure to achieve improvements in this area can only lead to increased tension with other countries and reinforce perceptions of Turkey as a closed society that applies a double standard because it does not grant foreigners on its soil the same privileges and freedoms enjoyed by Turks living and working in the West.

Read the article herrrreeee
Posted by Unknown at 11:58 AM 3 comments:

After 35 years of nude dudes, Playgirl magazine has called it quits and will only be available online in the future.
Nicole Caldwell, Playgirl’s editor-in-chief, confirmed that “Playgirl is going all-Web. The last print issue will be the Jan/Feb 2009 magazine, which comes out Nov. 18.”
The website will feature more videos and pictorials, and less editorial content.
Playgirl was founded in 1973 as the feminist alternative and response to men’s magazines such as Penthouse and Playboy. The magazine was kept afloat in later years by the gay community and this change in audience was reflected in the images in the magazine.
The magazine was well-known for two publicity stunts - offering Charles, Prince of Wales $45,000 to appear nude in a centerfold in 1990, and publishing a nude pictorial called “The Men of Enron” in September 2002 in which some former Enron employees “lost their shirts.”
So sorry for many of you.)
Posted by Unknown at 8:30 AM No comments: 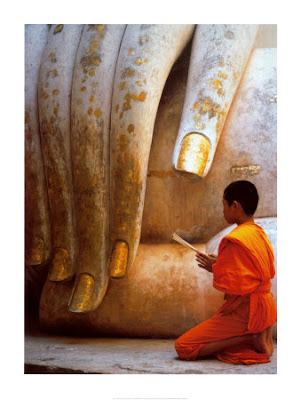