Religious values are shared in some interesting ways between Turks and Americans, and people forget that America has been part of the Muslim world for generations.

Right now, there's 2.5 million Muslim-American citizens living in America. Read part 4 of the series on Who Speaks for Islam.

We're waiting to hear your voice on this important issue. Leave your comments either here or there.
Posted by Bea at 10:35 PM 3 comments:

Do You See What I See: The ABC have done it again#links

Do You See What I See: The ABC have done it again#links
Posted by Unknown at 7:18 PM No comments:

Gülen tops of the brainless.
Posted by Unknown at 6:49 PM 1 comment: 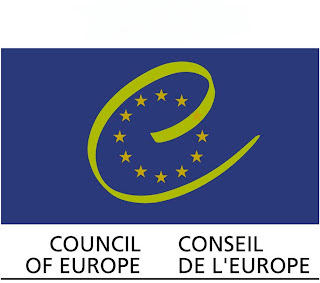 An interesting opportunity for those of you who are interested in learning some Turkish and have some time in Istanbul will be the "Intercultural Turkish language and culture pilot project" by Council of Europe (Istanbul, 17-31 August 2008), which aim to develop international cooperation among youths through intercultural language and culture training.
As the relevant document describes, "intercultural competence and foreign language skills are seen as essential preconditions for youth mobility, for the development of international activities and for increased youth participation, one of the key priorities of the Council of Europe’s Directorate of Youth and Sport. The intercultural language courses combine language learning with intercultural learning through a non formal education methodology.
The aim of the programme is to promote intercultural dialogue with a special focus on human rights and youth policy development at European level by bringing together young people from different backgrounds and countries. Language learning with a strong intercultural dimension can contribute to an active, critical understanding of one’s own culture and of others people’s culture. And this programme allows participants to undertake multicultural exchanges and to develop this international understanding and co-operation.
The programme also encourages an interest in areas other than just language: history, politics, culture, geography, religion and everyday life in another country.
The intercultural language course takes place in the country in which the language is spoken, in this case, in Turkey. The choice of the city for the pilot project is significant, because Istanbul bridges the two continents and through centuries has been a crossroads of cultures and civilisations, including for three major religions: Christianity, Judaism and Islam.
The Council of Europe Joint Council on Youth, the youth sector’s decision-making body, has decided that in 2008 Turkey will be one of the priority countries for the pilot projects to be supported by the Council of Europe European Youth Foundation. This is quite natural given the important role Turkey, as a member state of the Council of Europe and a co-founder of the Alliance of Civilisations, plays in boosting intercultural and inter-religious dialogue.
On the other hand, the priorities of the youth sector of the Council of Europe for 2008-2009 mention “youth programme on human rights education and intercultural dialogue”as the first of its priorities. The expected results are: “inter-religious co-operation in youth work is reinforced and with other concerned youth partners is reinforced” and “good practices for human rights education and intercultural dialogue by young people at local level are supported and promoted”.
This course will also subscribe into the very necessary follow-up to the so-called Istanbul process initiated in the framework of the All Different All Equal Campaign (ADAE). The Istanbul Declaration (it will be part of the documents for the course) – the fruit of the ADAE Symposium on “Interreligious and Intercultural Dialogue in Youth Work “(Istanbul, Turkey, 27-31 March 2007) – calls on the Council of Europe to “develop educational projects aiming at respecting religious, cultural and ethnic diversity suitable for formal and non-formal education”. It stresses that “innovative formal and non-formal educational activities that encourage direct communication between different cultural groups need to be developed and supported” and “to increase their focus on and sensitivity towards the importance of dialogue, especially intercultural and inter-religious dialogue”.
The link to the official document, for further information is: http://www.coe.int/t/dg4/youth/Source/News&Calls/2008_call_turk_lang_course.doc
source: SWYAA - Turkey
Posted by Christos Moissidis at 10:07 AM 5 comments:

Spain produced a superb display to cruise past Russia and set up a Euro 2008 final against Germany on Sunday. Arsenal's Cesc Fabregas was the driving force behind the win after coming on as substitute for injured David Villa. Russia didn't play as it played against the Netherlands and Sweden.
So the final will be Spain against Germany. Not a final I expected and certainly not the final I hoped for. Not much to cheer for, so I will skip this match...
Posted by Unknown at 1:57 AM No comments: 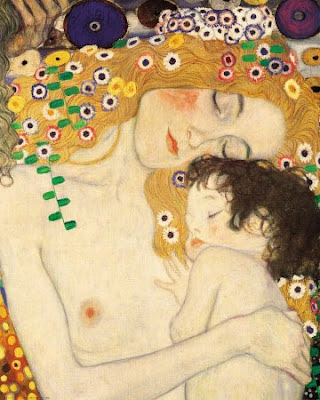 "Mother and Child" by Gustav Klimt.
Posted by Sandra Singh at 12:23 AM No comments: