Q:
So what does a Denmark supporter do after winning the Euro 2008 cup?

A:
Turn off the Playstation!

(sorry Hans)
Its just a joke, feel free to insert country of choice and tell it to your friends and enemies :)
Posted by Vassili - Mike at 12:53 PM 2 comments:

Clownfish are no funnier than any other fish 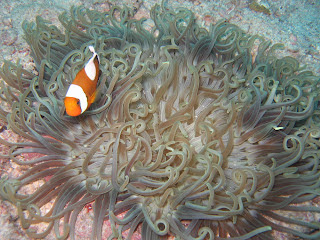 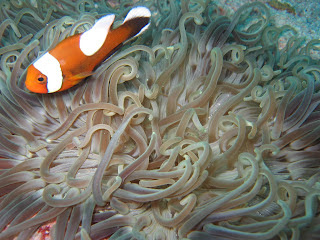 Especially for Sandra because she loves the clownfish. This picture was taken during my dive in Koh Tao (Thailand). Enjoy it!

Turkey's highest court has upheld a ban on Muslim headscarf wearing at the nation's universities. A law passed by the Turkish Parliament earlier this year overstepped its bounds in creating conditions in which the wearing of such scarves were permitted, said the Constitutional Court. The decision, which was supported by seven of 11 judges, is seen as a setback for Turkey's ruling Islamic-rooted party."The law of February 9th making constitutional amendments to lift a ban on headscarves at universities has been canceled based on the Constitution's articles No. 2, 4 and 148. The execution of the law has also been stopped,", said the Constitution Court.

Turkey is the only country within the EU and its candidate states which outlaws women their right the wear a headscarf. France is the only country which doesn't allow women and men to wear a religious symbol. But for universities their is no such ruling.
Posted by Unknown at 10:26 AM No comments: 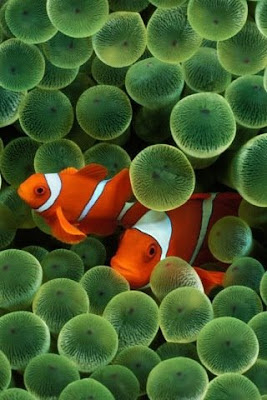 My favorite fish: the Clown fish.
Posted by Sandra Singh at 7:50 AM No comments: