Let me introduce you: this is Aziz Ben Messeoud, our newest co blogger on Internations. Aziz is a Dutch-Moroccon from Amsterdam, the Netherlands. Also now the youngest blogger here: 23, just finished college.
Welcome!
Posted by Unknown at 9:38 PM 2 comments: 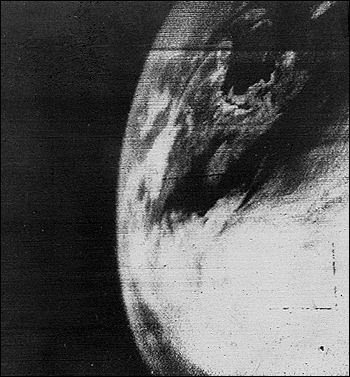 The first photo of Earth from a wheater satellite, taken by the TIROS-1 on April 1, 1960.
Posted by Sandra Singh at 8:08 PM No comments:

Ishak Alaton is one of the most prominent names in Turkey’s tiny Jewish community. He, as the boss of the well-established Alarko Holding, is not just a very successful businessman, but also a man of intellect who comments on social and political problems.

As a self-defined social democrat, Mr. Alaton believes in social responsibility – not as a public relations strategy, but as a value in itself.
A few weeks ago, Mr. Alaton sent a letter to Eyüp Can, the editor-in-chief of Turkey’s up-and-coming business daily, Referans. On April 22, Mr. Can published the letter in his column. In it, the 81-year-old business guru was rightfully complaining about “this paranoia, this xenophobia, this enmity toward non-Muslims, this anti-Semitism” which pervades Turkey.

’Patriots’ in Ankara:
Mr. Alaton was specifically referring to two examples: Israeli businessman Sammy Ofer, a zillionaire, wanted to invest in Turkey, but he was repelled by “the bureaucracy and the media which worked hand in hand against him… for simply that he was Jewish.”

And, decades ago, an oil-rich Armenian businessman, Mr. Gülbenkyan, had tried to set up a museum in Istanbul, but was “forced back with sticks in hand by the ‘patriots’ in Ankara.”

After his letter in Referans, Mr. Alaton soon gave an interview to journalist Nagehan Alçı from daily Akşam. When asked about the origins of anti-Semitism in Turkey, Mr. Alaton went right back to the days of Atatürk and said this:
“I met Atatürk. We saw him when we were kids. There was no such discrimination at his time. At, least there was no such thing in his mind. But some of the people around Atatürk had a fierce reaction against us, i.e., the ‘others.’ That’s why special instructions were sent to governors in order to make our lives difficult. This, over time, turned in to a state policy.”

Mr. Alaton did not go into details about what “the people around Atatürk” did to Turkey’s Jews, but one of their deeds, the Wealth Tax of 1942, is worth mentioning. The government of Şükrü Saracoğlu, a Kemalist, a Nazi sympathizer and a proud “Turkist,” issued this notorious law, which was an arbitrary levy imposed on wealthy non-Muslim minorities, and especially the Jews and Jewish converts. Those who were unable to pay were sent to a labor camp in Aşkale, a district of the Eastern city of Erzurum. The first and only Jewish labor camp in these lands, in other words, was established in the heydays of Kemalism, our untouchable state ideology.
Continue reading here.
Posted by Unknown at 1:45 PM 10 comments: 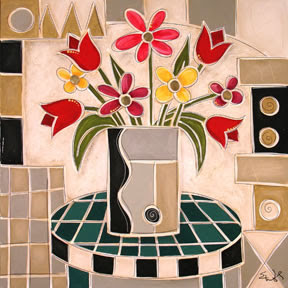 "Fresh and Funky 1" by Eric Waugh.
Posted by Sandra Singh at 9:02 AM No comments: