Plea for Action in Guantanamo Bay

These fantastically creative ads are meant to bring awareness to the issues in Guantanamo Bay. It was created by human rights group, Witness for Torture, and was very successful. In fact, the campaign increased the traffic to the website by 35%.

The guerrilla ads feature a man in red prisoner’s suit, stuck in the door, his backside facing the outside of the elevator, and his hands appearing to be clamped in the doors from the inside.
The ads are meant to serve as a plea to action for the U.S. military camp at the Guantanamo Bay Naval Base in Cuba. Since the beginning of the War in Afghanistan, the U.S. has been sending those they believe are enemy combatants to Gitmo. 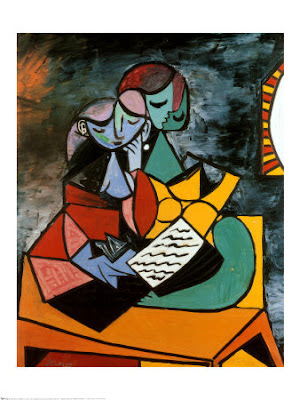 "The Lesson" by Pablo Picasso.
Posted by Sandra Singh at 9:18 AM No comments: