Time to get out of the closet

I really love the following article of Mustafa A. It shows how freaky the Turkish society is ruled for a long time, and in particular, the judiciary, the education institutes, the bureaucrats etc.
In fact by grumpy old men. Based upon fear.
And I don't care if they are from the conservative AKP, the ultra conservative and out of touch with reality CHP, or the ultra-conservative-nationalistic MHP which sees on every corner on the street a pawn, traitor of the so well conserved 'Turkish nation'.
A country which de facto is build upon not only the Ottoman one but other civilizations as well: The Byzantiums, Armenians, Romans, Greeks, Kurdish, Assyrian, and so on; their legacy, their first prints, buildings, notions of civilizations are eradicated, systematically during the first republic of Turkey.
Here Mustafa his article.
The paranoid mind of an under-educated Turk get an answer. Yes, most of us foreigners don't understand Turkish Law, and its system. That is because we (mainly West and Central Europeans, North and for two decades now Latin Americans) are raised up without fear.

But for some in the judicairy, the army, and political circles in Turkeyi, its time to come out the closet and show your faces!
Posted by Unknown at 10:55 PM 2 comments:

These toilet signs are funny, and so very creative! I particularly like the sign with the underwear and the one made with rope.

But I think all five of the toilet signs are very well made. I have a gripe though. I don’t think looking at something I find humorous would help me in the least while I’m in a long line and in a hurry to go. I’d be in serious trouble.

Posted by Unknown at 3:17 PM No comments: 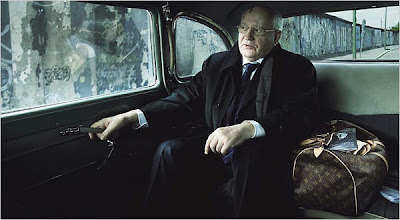 Even if you don’t read Russian, a recent print ad for Louis Vuitton is something of a visual joke: Mikhail S. Gorbachev, the last leader of the old Soviet Union, sits in a limousine as it passes a remaining part of the Berlin Wall, an open Louis Vuitton bag beside him. 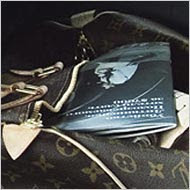 If you do read Russian, the ad seems to be even more curious: poking out of the bag is a publication with the headline, “The Murder of Litvinenko: They Wanted to Give Up the Suspect for $7,000.”
Posted by Sandra Singh at 10:02 AM 1 comment: