The Olympic Torch - here the complete journey - became a PR disaster. And according the official web site of the Chinese Olympic committee, the media is responsible for this.
Yesterday in London, today in Paris, fierce protests against China. And tomorrow, Tuesday April the 7th, the torch will arrive in San Francisco - with its large Chinese population - where mass protests are announced.
Sean posted yesterday an interesting post about 'Freedom city'. Look here.
At the same time the Chinese state newspapers wrote that 'the re-education' of the Tibetans will be intensified. Voila, re-education for political problems. I've heard that before...

Logo of Reporters sans frontieres for Being 2008.
Posted by Unknown at 3:48 PM No comments:

Men are better than Women

Is the tittle of a book of Dick Masterson, arch chauvinist and self made homme vivant.

The book description was sent yesterday to me by a friend in Miami. She told me ‘Hans, this book suits you well’. I didn’t understood her first but later, but after reading his blog, website and the Top-Ten why Men are better than women, I understand what she tried to explain.)
I had the time of my life... And it can be no coincedence that my favorite Dutch blog, GeenStijl, wrote about it yesterday too. We men are finally united!
He’s hilarious and after almost a half century of feminism, it was time for someone to write a book like this. And I am sure, that this kind of book will help many Turkish men in their battle with ‘their’ women (read: wife, mother-in-law, female boss etc.) And my advice, don’t take this book to serious: use your manspiration otherwise womanliness will destroy you..))
Enjoy and chill. Btw: book can be bought by man only... 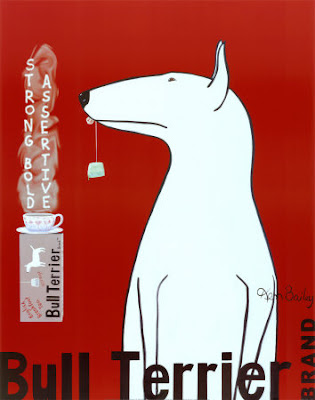 "Bull Terrier Tea" by Ken Bailey.
Posted by Sandra Singh at 9:39 AM No comments: