Is the ‘old’ Gaddafi back?

In the 1980s Libyan leader Muammar Gaddafi sowed death and destruction with attacks on aircraft and a disco in Berlin, and by supporting terrorist groups like the IRA and ETA. Just a few years ago he officially renounced terrorism. Is there a risk that he’ll go back to his old ways and start blowing up planes again?
It’s a possibility the West should take seriously, says Glenn Schoen, terrorism expert with international security firm G4S.”Gaddafi’s got his back to the wall. Diplomatically and economically he can hardly do anything anymore. Militarily his capabilities will soon be limited. And one of the few options open to him to put pressure on the international community remains, of course, terrorism.”

Dissidents
It’s not clear whether Gaddafi now has potential terrorists in other countries. “We do know that the Libyan foreign secret service ESO is still active. Not only at embassies still in the hands of Tripoli, but also beyond. And we know that two months ago he probably sent some more people abroad to keep an eye on Libyan dissidents. So we can assume that he does have a certain capacity to do this, although it will be less than it was a few years ago.”
A Libyan terrorist attack could come in the next few days. “He’ll see when it’s useful to exert counter pressure,” says Glenn Schoen. That might be at the start of allied military action, to stop certain countries from helping the British, French and Americans. It would be a way for Gaddafi to create disunity in the Western world.
The longer the fighting in Libya goes on, the more time Gaddafi has to prepare terrorist attacks, Mr Schoen warns. Western countries should share secret information on the whereabouts of Libyan agents and on the flow of Libyan funds. And they should step up security for potential targets like civil aviation and the embassies of allied countries.

No support
But not everyone is expecting fresh Libyan terrorist attacks. Dutch Libya expert Gerbert van der Aa thinks Gaddafi is now barely capable of carrying out major acts of terrorism against the West. Since Tripoli renounced terrorism, it has not maintained the international terrorist infrastructure it had in place for decades.
What’s more, many Libyan embassies – the bases for Libyan secret agents – have turned against the regime in Tripoli. And embassy personnel who nominally remain loyal to Gaddafi will not be willing to support terrorist attacks, says Mr Van der Aa, who recently wrote a book on the capricious colonel. “There’s a growing feeling at most embassies that they would be very happy for Gaddafi to go. So I don’t think there’s much support for him there.”

Shared by Hans A.H.C De Wit
Posted by Gauri Gharpure at 11:24 AM No comments: 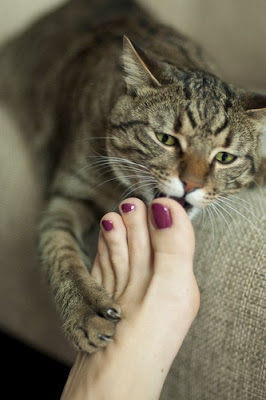 Posted by Gauri Gharpure at 11:20 AM No comments: