Pakistan: Where terrorism reigns and ruins

An integral part of moderate Pakistan was silenced with the murder of the 42-year old minority affairs minister Shahbaz Bhatti Thursday morning.
Bhatti's niece Mariam had just closed the gate to the house and Bhatti’s driver was about to drive to the Minister’s office when a small white car blocked the way. According to Bhatti’s, nephew, Robinson George, three gunmen emerged, ran to Bhatti's car and started shooting into the rear passenger seat from different sides. The gunmen then fled and Mariam ran to the car to find her uncle severely injured. The rear windscreen and side panes of the vehicle were smashed. The driver rushed Bhatti to a nearby hospital, but he was declared dead on arrival.
The Punjabi Taliban
The attackers left pamphlets behind signed as ‘Tanzim Al Qaida Tehrik Taliban Punjab’, known to be an al Qaida supported Punjabi Taliban movement. The pamphlets stated that Bhatti had been punished for being a blasphemer – probably because of Bhatti’s long-time efforts to change Pakistan’s draconian blasphemy law. Critics of the blasphemy law say that instead of protecting religious feelings, the law is being used to settle personal scores.
Bhatti, the only Christian in the Pakistani government, became an activist for the rights of minorities when he was still a college student according to family members. After assuming the first federal ministerial post for minorities in Pakistan in 2008 he had set himself a few goals he said. One of them was changing the blasphemy law: “We are reviewing all the laws which create anarchy, an inferiority complex and a sense of discrimination”, he said in his typically soft-spoken voice.

Silence through terror
His ideals and belief were severely put to the test in recent years. In 2010 a Christian woman, Asia Noreen, was sentenced to death for blasphemy – though evidence points to the charges arising from nothing more than a small argument her village. Then in January of this year, Salman Taseer, Governor of Punjab, was killed by his own security guard for taking. The guard, Malik Mumtaz Qadri claimed that he’d killed a blasphemer because Taseer was championing Asia Bibi’s case and speaking out for the abolition of the blasphemy law. Qadri was hailed as a hero, and showered with flower petals when he went to court to face murder charges. Pakistan’s extremist right had so cowered the government that no high ranking figure attended Taseer’s funeral. The few parliamentarians, like Bhatti and his colleague ex information minister Sherry Rehman, who had proposed reforms were left in the cold. And any public or political debate about the bill have halted.
Many religious leaders, tribal elders and others have also been killed for their moderate believes – and the subsequent silence has blatantly eaten away the public space of Pakistan’s moderates and given it to the extremists.
There are consequences at every level. Two men outside the home of Bhatti’s mother say they saw the attackers and the car speeding away, but remain silent witnesses. “I saw them speeding away, I saw everything, but when the police asks us we say that we haven’t seen anything. The Taliban can kill me too.”
One small spark of hope may be the dozens and sometimes hundreds of people who publicly give voice to their moderate ideals. A vigil in front of a bookshop in Islamabad hardly drew just 20 demonstrators, but they were standing there. They demanded exemplary punishments for the killers of Taseer and Bhatti and measures that discourage extremists to commit more murders. One banner said it all: ‘Stop this madness’.
-Hans A.H.C De Wit
Posted by Gauri Gharpure at 5:02 PM 2 comments: 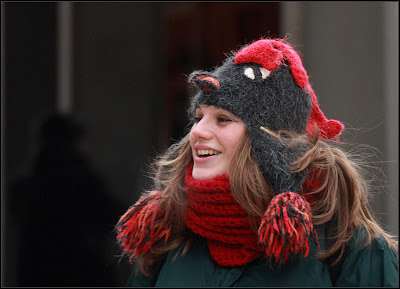 Posted by Gauri Gharpure at 4:45 PM No comments: