Shalika Lakshmi is a platform to provide unique handmade products.

Handmade bookmarks: Available in more than 50 different designs. Each bookmark is made freehand, and so no single piece will be exactly the same. Use of handmade paper and colourful tassels adds to the beauty of Shalika Lakshmi products. 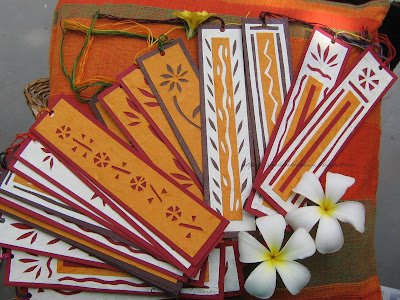 I hope that bibliophiles will appreciate the minute detailing that has gone into the making of each bookmark and that my products will add to your reading experience.

Introductory price: Rs 100 for a pack of five.

Greeting cards: I have made Christmas cards, and cards with floral designs etched freehand, cut and paste on a paper of an appealing colour. 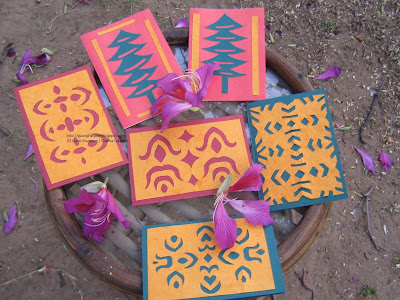 Introductory price: Rs 150 for a pack of five 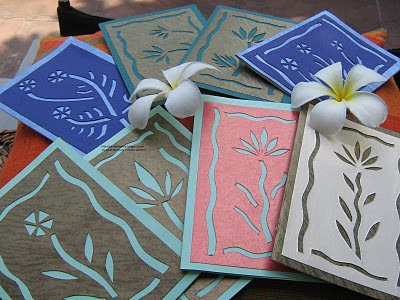 Introductory price: Rs 125 for a pack of five.

Gift tags: Floral / freehand / geometric designs cut and pasted on papers of complementary colours. Single sided with enough space for name and message. Ideal for those people who want their gifts perfect in every way.. 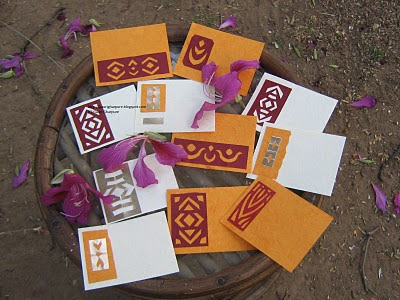 Delivery anywhere within India is possible. Products can also be delivered elsewhere provided a wholesale order is placed. Shipping and service charges extra. For suggestions / inquiry / orders, mail to gauri(dot)gharpure(at)gmail(dot)com
Posted by Gauri Gharpure at 1:49 PM No comments:

Britain faced threats from Libya of dire consequences if the ailing Lockerbie bomber died in a Scottish prison, confidential US cables released by WikiLeaks today showed.

Threats included the cessation of all British commercial activity in Libya and demonstrations against British facilities, as well as suggestions Britons in the country could be put at risk, according to the cables.
And despite London's attempts to publicly distance itself from the decision to release Abdelbaset Ali Mohmet al-Megrahi -- which was made by the devolved Scottish government -- the cables show enormous British relief at the move.
Libyan officials warned their British counterparts that "consequences for the U.K.-Libya bilateral relationship would be dire were al-Megrahi to die in Scottish prison," read one dispatch from the US ambassador to Tripoli in January 2009.
And if Washington publicly opposed the release, "the U.S. Embassy and private Americans in Libya could face similar consequences," read the cable from the ambassador, Gene A. Cretz.
Megrahi was the only person ever convicted over the 1988 bombing of a Pan Am jumbo jet over Lockerbie, Scotland, which killed 270 people, most of them US nationals.
He was released in August, 2009, on compassionate grounds after doctors diagnosed him with prostate cancer and gave him just three months to live, sparking outrage in the United States.
More than a year later he remains alive in Tripoli, however, renewing anger in the US.
One cable showed Britain's then justice minister, Jack Straw, told US diplomats that although Megrahi might have up to five years to live, the Scottish government appeared inclined to release him.
"Megrahi could have as long as five years to live," said the correspondence, cited in Britain's Guardian newspaper.
It went on: "The average life expectancy of someone of his age with his condition is 18 months to two years. Doctors are not sure where he is on the time scale."
The British government "believes that the Scottish may be inclined to grant the request, when it comes, based on conversations between [Scottish leader] Alex Salmond and UK justice secretary Jack Straw," said the cable.
The dispatches -- from a trove of some 250,000 US cables given to whistleblower website WikiLeaks and now slowly being released -- also showed the British ambassador in Tripoli "expressed relief" about Megrahi's imminent release.
"They could have cut us off at the knees, just like the Swiss," the ambassador Vincent Fean is cited as saying, in reference to a dispute between Libya and Switzerland prompted by the arrest of Libyan leader Moamer Kadhafi's son.
Alex Salmond claimed Scotland was offered a "parade of treats" by Libya, which were all turned down, according to the cables.
The correspondence also showed that Scotland was unprepared for the fierce reaction from the United States, with Salmond declaring himself "shocked".
"The Scottish Government severely underestimated the both [US government] and UK public reaction to its decision to grant compassionate release," said one cable from Louis Susman, US ambassador to Britain, several days after Megrahi was freed.
Posted by Unknown at 1:40 PM 2 comments:

''Without heroes, we are all plain people, and don't know how far we can go.''
Bernard Malamud
Posted by Unknown at 10:46 AM No comments:

Posted by Unknown at 9:34 AM No comments: