Istanbul is the self-proclaimed economic capital and the teenage rebel of Europe. It bullies the other Turkish cities in terms of population, possibilities of a decent education or occupation, culture, crime, and traffic mess. A lot of people would like to refer to Istanbul as the city where the continents meet, although it might be a little unfortunate should they decide to meet at the rush hour. Istanbul is also the sister city of Purgatory.

It is a known fact that the city inhabitants wake up every day of every year to find everything nicely sorted out for them. Some call this municipal administration, though skeptics choose to refer to it as divine intervention that has a 0.0000076% chance of happening, which is much more likely than Take That reuniting (Breaking News: That already happened; Paradise is now likely to be found for Istanbul!).

Many celebrities have come to Istanbul for business and for leisure. Pope Benedict XVI visited Istanbul and was ran over by a suburban train that came out of nowhere. Luckily among the passengers there were a couple of faith healers present, besides Faith Hill, a country singer, and they faith healed him back to life in a matter of minutes. They were canonised and were awarded with almost forty (~40) virgins in heaven, which was dropped in as a gift by the Islamic end. The pope was considerably luckier since God once visited Istanbul and was robbed of all his belongings, among which were the manuscript to the God Trilogy (the name was later to be changed), the early doodles of the universe, and his iPod (30gb video, white).


Although a tourist is most likely to be distracted, Istanbul has found a few ways to keep them interested along the way as well:
Go to Istiklal Avenue: The strange avenue that has acquired the rights to host the Istanbul Doomsday celebrations. The crowd that inhabits the area, also known as a mercenary crowd, seems to live in the district 24/7; they are fed with shitty burgers, but in desperate times measures such as eating bird bait in the square (Taksim Square, wildly close) and raiding trash cans to find shitty burgers only a day shittier are also taken. There is a rumour that there were once trees where now the majestic granite flooring proudly lies to the beholding eyes of the inspired citizens of Istanbul. Oxygen level seems to be sporadic and mostly inadequate at some parts of the avenue, people are kindly requested to wear oxygen masks when they drop down from the overhead compartment. It is a shopping paradise and you can find anything in this avenue if by anything you mean Squat.
See the Bridges (FSM (Fethi Suphi Mutti) & Bosphorus): Being the two most popular suicide locations of the country, both's history goes back to Byzantines. FSM was built by the Sultan Mehmet II, whose great successors still operate the gates of the bridge. Those who don't have cash are asked to remove their left hands as the bridge operates with Sharia© power. The travellers may get their hands back should they come back and rush the hand in the pickle jar (courtesy of the bridge) to the hospital. OGS: Osman Gazi System is a fully-in-Turkey-engineered-system that enables transport between two sides of the bridge. Some people say there is municipal hole [Tr. Belediye Cukuru] on the Bogazici Bridge, but it is never verified. Recently the former bridge is turned into a gay nightclub as the lights insinuate; the mayor of the city made this statement, "If Istanbul can't be the City that Never Sleeps (as Salem, Oregon has got that covered) she will be the City that Always Stays Up Late and Gets Wasted (after Amsterdam kindly dropped the name)"

Take a Swim in the Bosphorus: Actually, keep your trunk out of the sea if you don't want to die a slow and painful death.

Visit the Historic Peninsula: A great place to see the obelisk where Mr Karahanli's corpse was found (An important Turkish businessman who was murdered by Satanic Clan called Boys Anilar Simdi Gotumde Canlandilar). The place also hosts the mass of Far-Eastern pseudo-tourists imported from Hong Kong that are asked to document anything and everything they see with the cameras that they have in possession. They are almost indistinguishable from tourists, but if one looks closer one can see that they don't leave tips. The pseudo-tourists, together with the European tourists that never cease to be amazed, take care of the district's maintenance. American tourists pretend to be European, so they are not taken in a different category.
See the Princes' Islands: The Princes' Islands (Prinkipo, Halki, Antigoni, Proti, Sarkozy and Serendipity) were privatised by AKP government in recent years and marketed via the popular online island auction site, Isles'R'Us 5000. The current shareholders of the islands are, in descending order (size of the island is taken into consideration): Chief Rabbi of Istanbul, Avi Shazaam; Lars von Trier; Liberace and Mahmut; Keanu Reeves II. There was also a seminary in Halki, until it was torn down in 1971 by Hulky, a green monster strangely wearing a uniform. It was discovered early in the 70s that the Greek priests were educating young Greek pupils not as priests but as psychedelic rockstars. Residents of the island claim that the crosses on the walls were replaced by Guitars and school was named "The School of Rock" and Jacques Noir, a French missionary, once rocked the pupils' socks out with his Christ Fender with a Mother of
Posted by Unknown at 4:46 PM No comments: 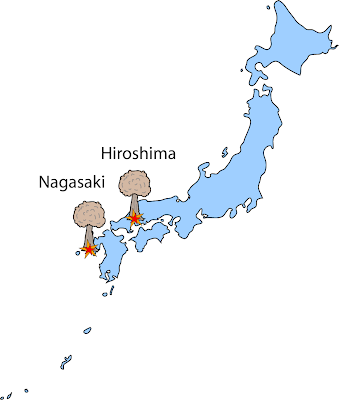