While most Turkish political commentators are still in some kind of euphoria about how good the interactions are now between Turkey and the USA (after 2 days Obama in Turkey.. Sic!) they simple ignored the fact that during the divers summits of last week; European leaders and the American administration are on one line again and act and talked accordingly. And when everybody in Turkey was completely focused on Obama’s visit, and blinded by that, there was suddenly the debate about the selection of Rasmussen to the position of Secretary General of the NATO. While most European leaders were attentive about this post, Turkey tried to sell it as ‘a coup; ‘it was a last moment appointment’ and ‘we got several messages from our Arab friends that this appointment would harm NATO’s reputation’.
My question is still out there; ‘since when epitomize Turkey the Arab world and the Islamite world at large in the NATO’? And I already mentioned here that Turkey is confused about its own position in Europe, within the EU and the NATO…
I shall spare you all the negative editorials, comments in the European press (I’m talking about the French, Danish, Spanish, Italian, Portuguese, Swedish, Dutch, Greek press etc. as far I could read them in their native languages) of last week, but all raised the same question; ‘will Turkey act like this when it’s a member of the EU’? And ‘is Turkey representing itself or its Islamite allies’. Sarcasm and irony was what Turkey’s foreign policy received. If Turkey wants to join the EU then it has to act from an EU perspective and from its on national interest. Not from an Arab’ point of view. Today, Barcin Yinanc summed it all up pretty well. It looks like that Turkey EU membership is further away than ever since Europe is now fully aware that Turkey foreign policy is based upon religion, not upon its own interests. And that sounds silly, or not?
Posted by Unknown at 11:32 AM 13 comments: 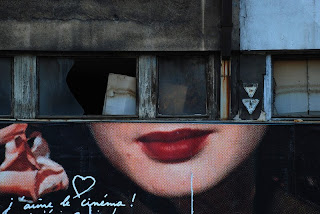 From Flickr
Posted by Eva at 9:00 AM No comments: