Turkish education system teach you how to discriminate

The ongoing tussle in Turkey between the Islamists and the secularists (both are Turks btw) leave no open space for what’s really wrong; the education system which is merely based upon racism, superiority (based upon an inferiority complex in my opinion) and patriarchal thinking. No wonder that ‘stealing from non-Muslim Turks and yabanci’ is completely institutionalized.
Here some examples of textbooks which spread hatred infuriated the killings of foreigners aka non-Muslims, shows anti-Semitism, xenophobia, and more of that stuff which made Hitler so popular in the thirties of the last century in Germany and made Mussolini such a lovely guy in Italy. I don’t know if I have to laugh or cry, but I really feel pity for all those kids who have to read this, since in the end they simple are indoctrinated from the beginning until the final class of their education. No wonder that Turkish educational system ranks among the worst in the OESO countries.

“We are Turkish, we are superior to everyone else.” (M. Ulusavaş (2007), Middle School Traffic and First Aid, p. 47. Ankara: Ministry of Education Publications).

“Sink it in the Black Sea and let the anchovies eat it, but…is there any use for anchovies fed on gavur (derogatory term for non-Muslims) meat?” (N. Özdemir (2007) Primary School Music 6-7-8, Teacher’s Guide Book, p. 148, Istanbul: Ministry of Education Publications).

“Countries in the region and developed countries with an interest in the region are uncomfortable with the fact that Turkey is becoming stronger…Turkey’s geopolitical characteristics make it a target for more internal and foreign threats. Turkey is facing and will always be facing internal and external threats.” (N. Yavuz (2007) Primary School Turkish Republic History of Revolution and Kemalism 8, p. 170, Istanbul: Prizma Publications).


And more herreeee
Posted by Unknown at 1:09 PM 5 comments:

If one person becomes a bit saner, another will become that bit madder; if one group starts to act normally, another will start freaking out!

From 'the Quantity Theory of Insanity'.
Posted by Unknown at 10:30 AM 1 comment:

Computers will take over

Ray Kurzweil, Bill Gates favorite writer (because he can predict the future of the computer industry) wrote a book: 'singularity'. And in that book you can find this picture: The system goes on-line August 4th, 2013. Skynet becomes self-aware at 2:14, August 29th 2013. Wow!
Computers no longer struggle to make sense of what they see, they can instead outperform humans. Write down in your agenda: Agust 29, before it's too late...
Posted by Unknown at 3:00 AM 1 comment: 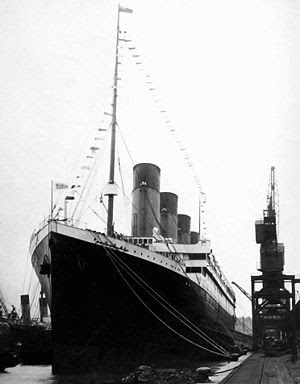 Titanic.
Posted by Sandra Singh at 12:06 AM No comments: