Wilder's populistic party leads the polls in the Netherlands

According to a recent opinion poll, if parliamentary elections were held today, the Freedom Party (PVV) headed by populist leader Geert Wilders would become the largest party in the Netherlands. It would win 27 seats in parliament, as opposed to the nine it currently has. The Christian Democrats - the largest party in the governing coalition - would win only 26 seats. Mr Wilders' popularity has been rising ever since an Amsterdam appeals court decided to try him for anti-Muslim comments six weeks ago. He has since received even more exposure following Great Britain's refusal of permission to enter the country.
Is the social-left and social-right in denial?
Posted by Unknown at 11:30 AM 4 comments:

'By mobile phone'
Posted by Unknown at 8:00 AM No comments: 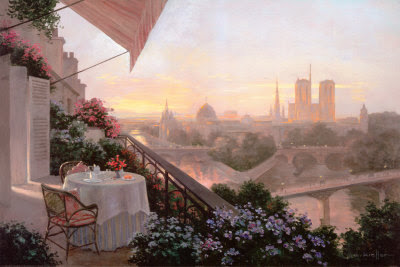 ""Dinner for Two" by Christa Kieffer.
Posted by Sandra Singh at 3:00 AM 2 comments: