Last Friday in London, the whole city seemed to have dressed up for Halloween. Here some good costumes... 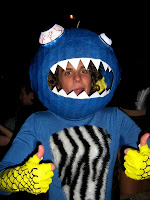 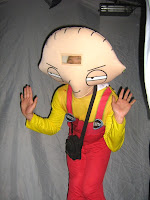 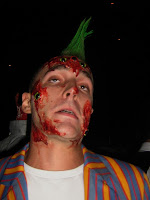 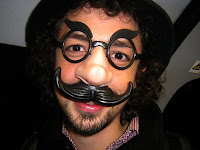 The Truth about Sarah Palin and John Biden

Get the latest news satire and funny videos at 236.com.
Posted by Unknown at 2:31 PM No comments:

Adnan Oktar is threatening to close down another site

Adnan Oktar, the name behind the closing of many internet sites in Turkey, has threatened Bianet, a website published within the framework of "Journalism for Rights, Rights for Journalists" -dubbed as BİA3 - project implemented by the IPS Communication Foundation with the financial assistance of the Swedish International development Agency (SIDA).

Claiming he was insulted and slandered through an article criticizing the internet bannings from the legal perspective, which appeared in bianet.org, Adnan Oktar (Adnan Hodja) announced that he was planning to go to court if the said article was not taken off the site.

The article that Oktar thought insulting him was written by Yaman Akdeniz, a faculty from the Law Department of the University of Leeds, and Kerem Altıparmak, a member of the Human Right Center of the Political Science Department of Ankara University, and published by Bianet on October 20.

Reminding that up until today sixty-one sites have been banned by the court orders taken from Silivri and Gebze courts, both Akdeniz and Altan state that the sites were being banned because of a problem in courts’ method of interpretation.

Is there not a way to shut down this guy, banning him from travelling abroad? Maybe some European and American journalists can dig him and put him were he belongs: under intense scrutiny!

Here the full article.
Posted by Unknown at 9:33 AM 1 comment:

Fowl with Pearls by Michael Sowa 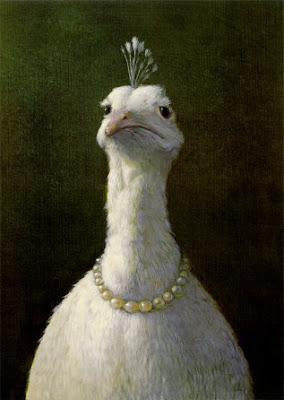 This painting starts to talk to Autrey Tatou's character Amelie Poulin. The painting talks to and about her toghether with Michael Sowa's painting the filmhound and the Piggy Lamp besides her bed.
Posted by Eva at 1:00 AM No comments: