Some Turkish journalists are thinking that the executive branch of the EU is on a daily base busy with Turkey if there are no other candidate countries or other issues to be solved than Turkish membership. Wrong!
If you read the headline 'Europe Union breaks its silence' then you would expect something spectacular regarding something what's going on in Turkey. Wrong. The EU simple published their annual report about candidate country Turkey.
Here the article and below some excerpts from the report:

Closure case against the AKP: The Constitutional Court did not enact the chief prosecutor's request to dissolve the ruling party and ban 71 of its prominent members, but imposed financial sanctions, thus averting a major political crisis. Now that Turkey has averted a political crisis linked to the Constitutional Court case against the ruling party it needs to resume the process of political reform. The closure case highlighted the importance of amending the rules the political parties so as to ensure transparent financial mechanisms and to bring provisions on the closure of parties in line with European standards. Legislation is also necessary to reinforce the defense of citizens' rights irrespective of personal beliefs or political affiliations and to establish an ombudsman function. Greater dialogue is needed among the country's different political forces in order to build a consensus favorable to reform. Turkey now has a fresh opportunity to advance reforms and establish a climate of dialogue and pluralism.

Problems with judiciary: Concerns remain about the independence and impartiality of the judiciary. There has been no progress on the composition of the High Council of Judges and Prosecutors or on establishment of regional court of appeals. Senior members of the judiciary have made political comments in public that go beyond their remit. There is need to improve the quality of investigations of the police and gendarmerie to ensure a fair trial.

Freedom of religion: The adopted law on foundations addresses a number of outstanding property-related issues concerning non-Muslim communities. However a legal framework in line with the European Court of Human Rights, or ECHR, needs to be established so that all non-Muslim communities and Alevis can function without undue constraints.

Minority rights: Turkey made no progress on alignment with European standards. Some limited progress was made on cultural rights but restrictions continue, in particular on the use of languages other than Turkish in broadcasting in political life and when accessing public services. There are no opportunities to learn these languages in the public or private schooling systems.

Situation in the Southeast: The government's decision to complete the Southeast Anatolia project is a step in the direction of addressing the economic and social difficulties of the region. Further efforts are needed to create the conditions for the predominantly Kurdish population to enjoy full rights and freedoms. Compensation of internally displaced persons has continued. However the government lacks an overall national strategy. The village guard system remains to be phased out. Terrorist attacks by the PKK, which is on the EU list of terrorist organizations, continued and claimed many lives.

Civilian oversight of security forces: Political control over the military was applied in practice in the context of military operations aimed at terrorist targets in northern Iraq. Such operations were authorized by the parliament and decided upon by the government. However full civilian supervisory functions and parliamentary oversight of defense expenditure needs to be ensured. Senior members of the armed forces have continued making statements on issues going beyond their remit.


Freedom of expression and 301: There has been some progress in the efforts to strengthen the safeguards for freedom of expression in particular through the amendment of Article 301 of the Turkish Penal Code. However Turkey needs to establish an adequate track record on the implementation of the revised article.

Constitution: The governing party gave a group of academics a mandate to revise the 1982 Constitution. However no draft has been presented either to the public or Parliament, and no clear timetable has been set for discussing it. Instead the Parliament amended Article 10 and 42 of the Constitution with the aim of lifting the headscarf ban for university students.

Lack of compromise in politics: As regards the democracy and rule of law, the new president played a positive role by calling for further political reforms. However the lack of dialogue and of a spirit of compromise between the main political parties had a negative impact on the functioning of the political institutions and on the process of political reforms. The work of the newly elected Parliament was affected to a considerable extent by legal cases aimed at dissolution the governing party and one of the opposition parties.


Note: In my opinion not only the Turkish government but all decision-making bodies in Turkey are responsible for the standoff regarding progress towards full EU membership.
Posted by Unknown at 12:28 PM 2 comments: 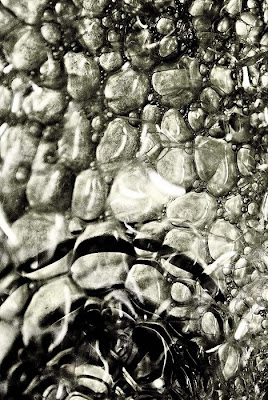 Picture made by Maarten de Groot
Posted by Eva at 1:00 AM 2 comments: