Do You See What I See: Its my party and i will cry if i want to.

Do You See What I See: Its my party and i will cry if i want to.
Posted by Unknown at 11:59 AM No comments:

I find the following article shocking. That anti-semitism (often used behind the facade of being anti-Zionism) is on the rise in Europe is alarming. That immigrants from Muslim countries have serious problems with a person who are ' Jewish born' is a well-known fact. But that in general the perception towards Jewish people in Europe became more negative is something to think about. And it become more crazy that anti-Muslim feelings are crossed at the same time.

Here some excerpts of the article:

Anti-Muslim and anti-Jewish feelings are rising in several major European countries, according to a worldwide survey.

The Washington-based Pew Research Center's global attitude survey found 46 percent of Spaniards, 36 percent of Poles and 34 percent of Russians view Jews unfavorably, while the same was true for 25 percent of Germans and 20 percent of French.
Spain has not had a large Jewish population since expelling its Jews in 1492. The other four countries have a long history of anti-Semitism culminating in the Holocaust. The figures are all higher than in comparable Pew surveys done in recent years, the report said, and "in a number of countries the increase has been especially notable between 2006 and 2008."
Opinions of Muslims are also dimming compared to previous years with 52 percent in Spain, 50 percent in Germany, 46 percent in Poland and 38 percent in France having negative attitudes toward them.

Britain was the only European country without a substantial increase in anti-Semitic attitudes, the report said, with just 9 percent in that country rating Jews unfavorably. In the United States 7 percent had negative views of Jews as did 11 percent in Australia.
But about one in four in the United States and Britain thought poorly of Muslims. "There is a clear relationship between anti-Jewish and anti-Muslim attitudes," the report said. "(Those) that view Jews unfavorably also tend to see Muslims in a negative light."

The most extreme anti-Jewish feelings, the poll said, were found in predominantly Muslim nations, where favorable attitudes were only in the single digits among Turks, Egyptians, Jordanians, Lebanese and Pakistanis.

Full article? Click herreeee
Posted by Unknown at 11:03 AM No comments: 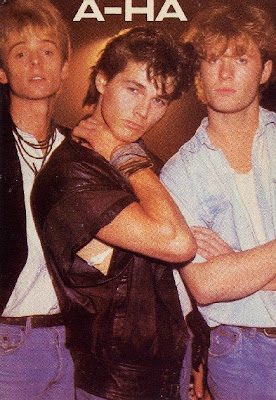