Turkey and pornography: what about hookers?

The last week, I've read so many articles and blogs about the proposed bill that whom purchase pornographic publications will have to present their identification number to the supplier to be registered by the Directorate General of Youth and Sports. In fact only children under the age of 18. But what about a bill where you have to show ID when visiting a hooker? Just a simple thought...

By the way, never noticed a sex shop in Istanbul...
Posted by Unknown at 2:56 PM 3 comments:

The Beijing Olympics opening ceremony was three days ago.
The American cycling team made headlines upon their arrival.
When they arrived at the Beijing International Airport one week ago, members of the U.S. cycling wore black face masks. They didn’t do it as a PR stunt or to make any type of statement—they did it simply to protect the health of their lungs.
The black face covers are actually respiratory masks to help keep their lungs in prime condition for the upcoming events. Beijing is notorious for their smog, particularly in the summer, but the US cycling team was not ready to let poor air quality tampering with their cardio performance.
Posted by Unknown at 1:19 PM No comments:

Turkish President Abdullah Gül has yet to respond to Armenian President Serge Sarkisian's invitation to join him for the Turkey-Armenia football game to be held in Yerevan on September 6. But a Turkey-based nongovernmental organization that calls itself Young Civilians --not only because they are a group of youths-- has already decided to be in the capital city of Armenia on that date in order to form a peace bridge between the two countries.

Young Civilians has already prepared their meters-long banners containing messages of friendship and peace to be waved during the game.
What prompted Young Civilians to take such actions was the peaceful and objective attitude of two broadcasters from Armenia's Radio Liberty, Erik Gazharian and Karlen Arslanian, whose remarks on relations between Turkey and Armenia were published in the Turkish Daily News last week. The main goal of Young Civilians is to participate in joint projects with a young, dynamic Armenian-based group that includes Gazharian and Arslanian.

The Young Civilians, with 2000 members, has dedicated themselves to establishing peace and harmony among peoples of different faiths and cultures. Their organization's website is www.gencsiviller.net

“We listen to the voice of our conscience,” says a representative from Young Civilians.
“Some ears might not perceive Karlen's and Erik's voice as a strong one. But to us, their voice is one free from hatred and enmity. We were deeply impressed when we read the interview in which these two strong and self-confident young people from Armenia expressed themselves and the way they look with hope to the future, without denying the past.”

‘Even historians cannot solve the problem'

Young Civilians do not concur with the common idea that only historians from Armenia and Turkey can solve the Armenian issue. “Traumas can only be overcome through mutual understanding, having close contacts, sharing the pains, and listening to each other,” they said. The biggest problem between the Turks and the Armenians is just a lack of a healthy and full-fledged communication. We, members of the two societies, might begin a dialogue by detaching ourselves from politics. We truly do not need official ideologies anymore.”

They made the following remark:“Our consciences and hearts will produce a peaceful and harmonious future. We would like young people of Armenia to help us in accomplishing that. We want to live in peace and harmony with our neighbors.”Yong Civilians said they would also take their Istanbul-born Armenian friends to Yerevan to watch the football game together. “There, in that stadium, we shall stand shoulder to shoulder, together with our friends from the Armenian community of Istanbul. And we shall, altogether, cry out for peace and friendliness. In fact, we shall be hugging each other in that stadium as Hrant would do if he had lived.” 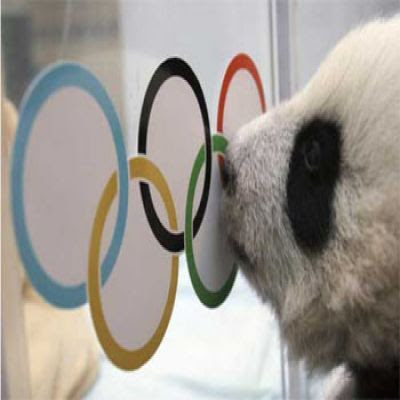 Posted by Sandra Singh at 9:38 AM No comments: